Dahlias never fail to impress. These flower-producing machines start blooming in midsummer, hit their stride in early August and then bloom their heads off, non-stop for a good 10 weeks straight. There are 42 species of Dahlia, but innumerable hybrids which are commonly grown as garden plants. The diversity in size and form of these popular Mexican flowering bushes make them very appealing, but very hard to record! The different types of Dahlia are astounding and mind numbing in their excess, so the easiest way that expert growers keep track is to order the types of dahlia into groups determined by their size and form. 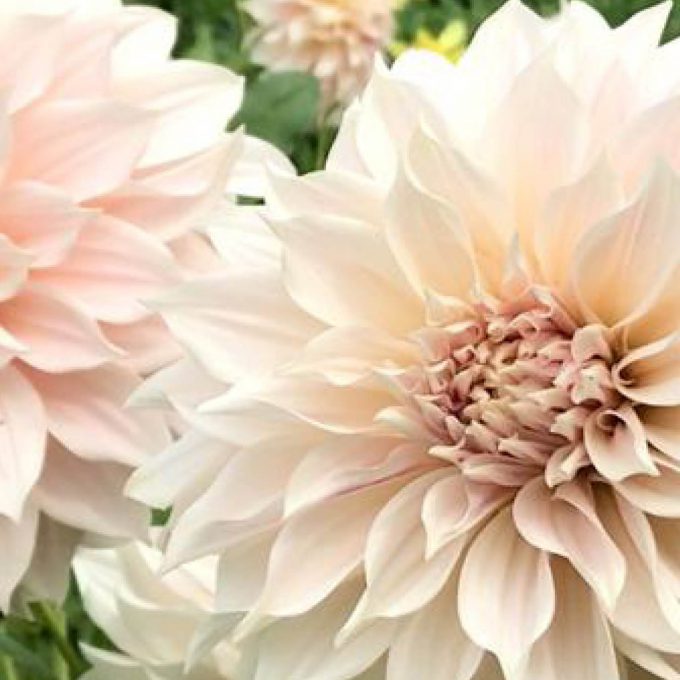 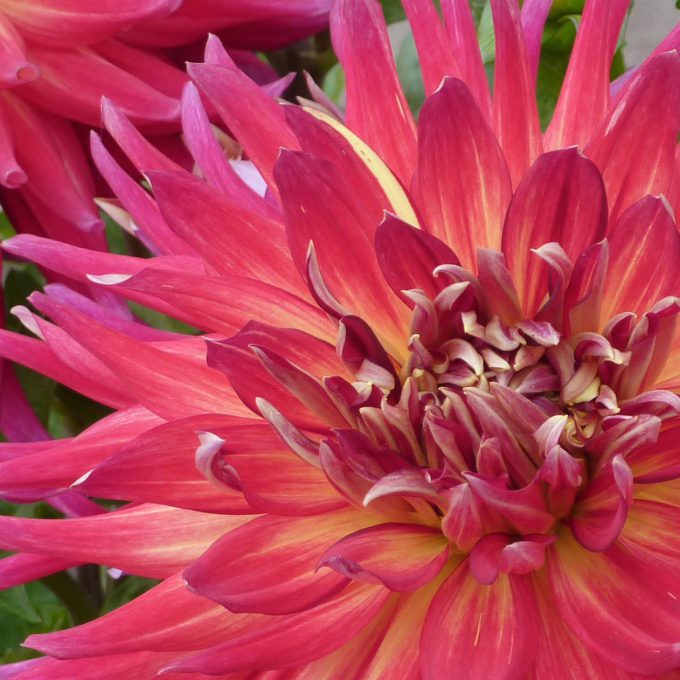 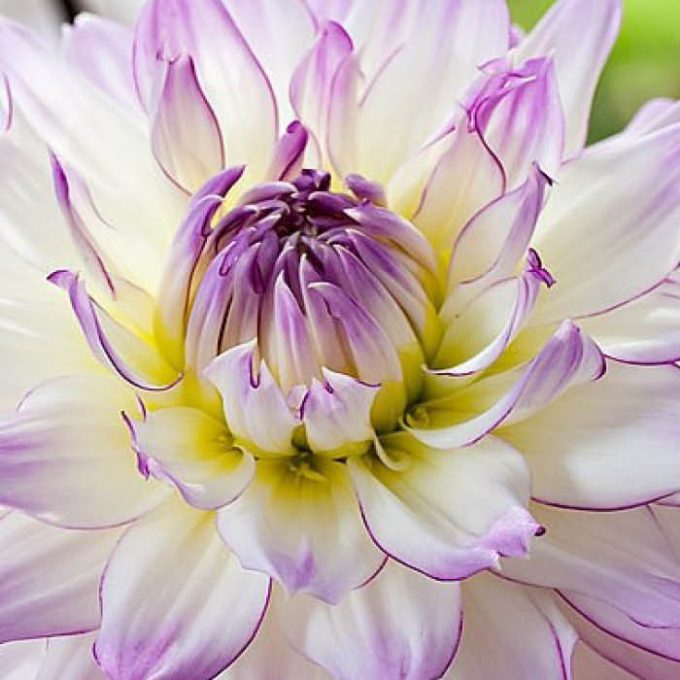 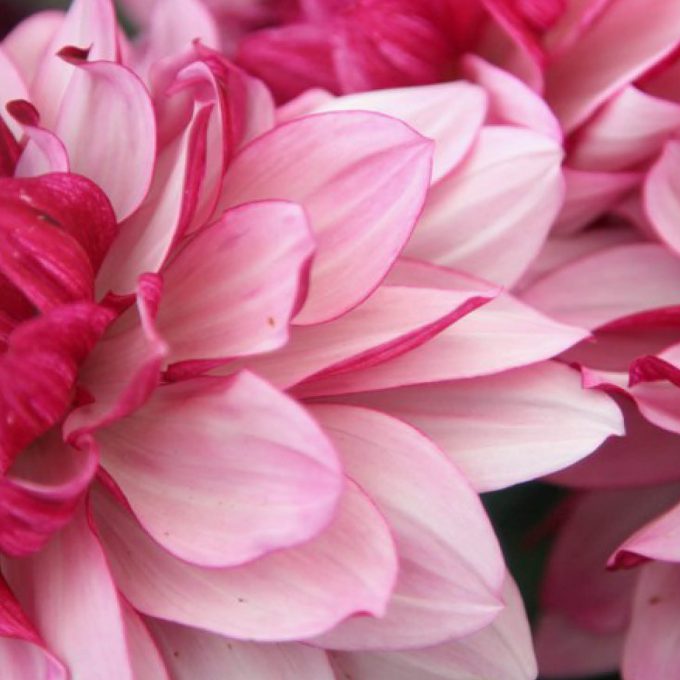 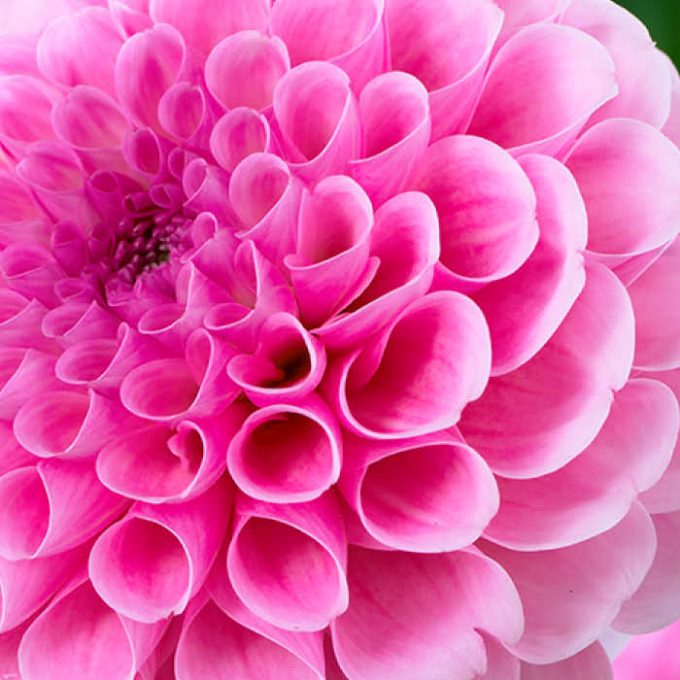 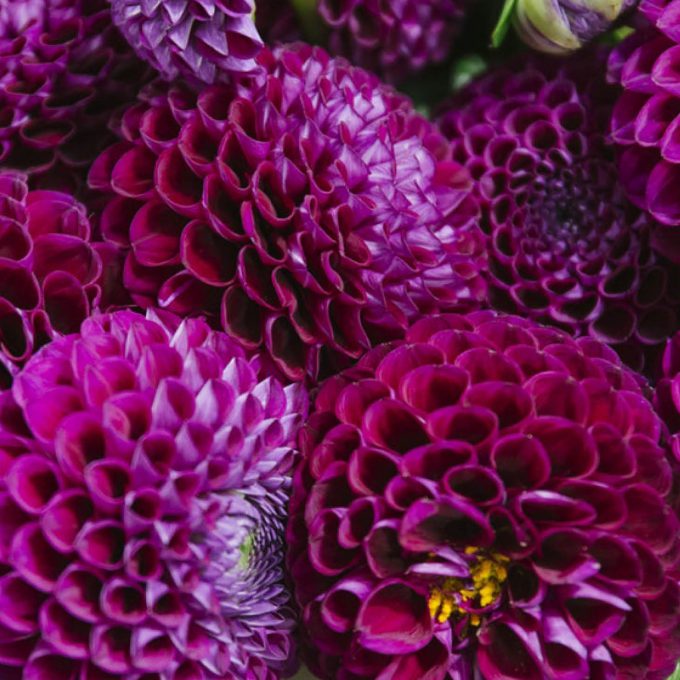 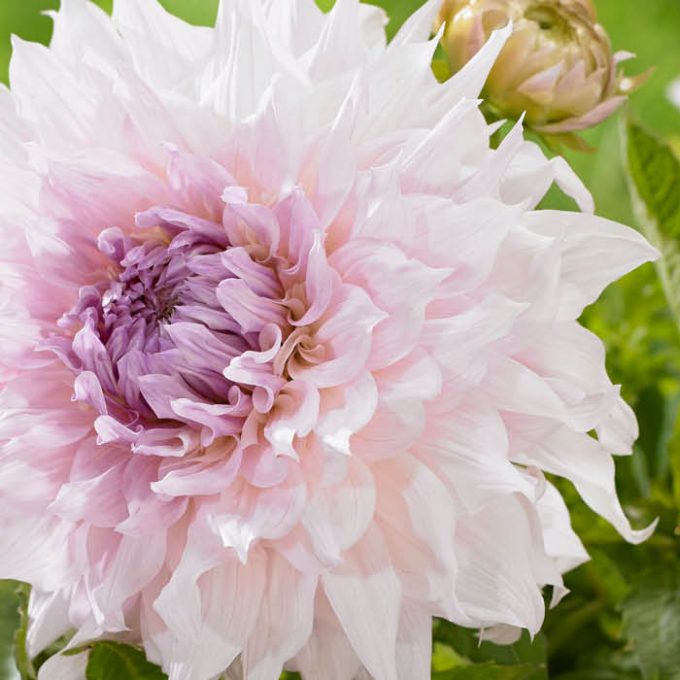 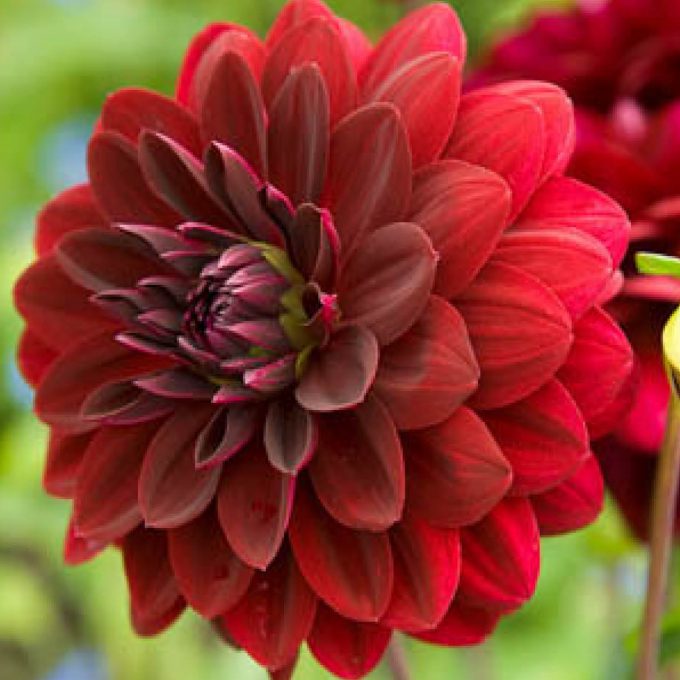 Dahlias should not be planted outdoors until there’s no danger of frost. Start your dahlias in pots in March or April before transplanting them out into the garden. Giving them a head start means can start picking flowers in mid-July rather than early August. Dahlias deserve a prime location with all day sun in the best soil you can give them. Well-drained soil is essential. If it’s heavy and wet, it will stunt their growth and invite disease and insect problems.

Staking
Dahlias have somewhat brittle stems that can be damaged by heavy wind and rain. With dinnerplates, the weight of the big flower heads can be enough to pull over an entire plant. Unless you’re in a very sheltered location, it’s important to stake the plants early and tie them in as they grow.

Picking and Deadheading
The more you pick, the more you will get. Cut your dahlias as soon as they open and before the back petals begin to soften. Try to cut nice, long stems, even when it means removing buds. Over time, this encourages the plant to produce longer stems. Remove spent flowers in the same way, cutting a full stem rather than just nipping off the flower. Spent flowers collect moisture and become a home for pests and disease. As well as Dahlia tubers we also have a fabulous range of Summer flowering bulbs and corms in store now!

There’s something extra special about pompon dahlias, with their exquisite globe-shaped flowers. Pompon dahlias, as their name suggests, have pompon-like flowers – the petals curve inwards to create stunning, intricate blooms up to 5cm across and look as good in a vase as they do in the border. Our top picks are ‘Downham Royal’, ‘Stolz von Berlin’ and ‘White Aster’.

Decorative Dahlias
Decorative dahlias are double dahlias with broad, flat-tipped petals that are sometimes wavy. They have fabulous lush flowers ranging vastly in size from small to giant. They’re dramatic and showy, a spectacular addition to the garden. Decorative dahlias can be formal with flat petals evenly and regularly placed throughout the flowers, or informal with generally flat petals, sometimes slightly rolled at the tips, but with irregular arrangement of formation. If you’re growing them for the vase, choose the formal decorative varieties with their perfectly packed blooms. The informal decorative dahlias will look terrific in your borders or containers. Our favourite knockout dahlias are ‘Creme de Cassis’, ‘Arabian Night’ and ‘Crazy Love’.

Dinnerplate Dahlias
Though every type of dahlia has its own special charm, if you want the wow factor, you’ll want to grow dinnerplate dahlias. They’re not an official class of dahlia but ‘dinnerplate’ is a term applied to any variety that produces big flowers measuring at least 8 inches across. The blossoms may have a classic, decorative form with perfectly cut petals. We love ‘Shiloh Noelle’, ‘Manhattan Island’ and ‘Cafe au Lait’.