Coolings Nurseries Team are celebrating hitting the milestone of 1000 years of gardening experience this year. 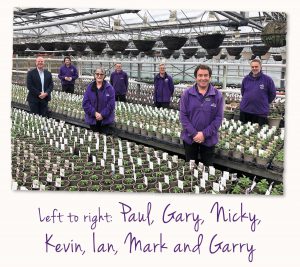 Originally started as a hobby in 1913 by Arthur Cooling, the company is proud of its family history with Arthur’s grandsons, Paul and David, still on the Board of Directors.

The company which has now grown to include four garden centres across Kent and Sussex, along with a growing online shop, employs over 200 members of staff, some of whom have been with the company for 30 years or more. 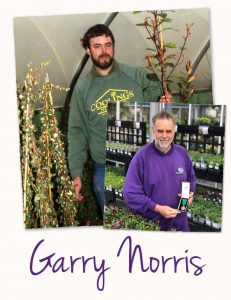 One of these is Garry Norris who started with the Robinson family (former owners of the Rushmore Hill Nursery) back in 1979 as a Nurseryman, aged 22.

In 2019 Garry was awarded the prestigious RHS London Service Medal for over 40 years’ service in the horticultural industry. Garry says, ‘It only feels like yesterday that I was weeding roses. Time flies when you’re having fun!’.

Managing Director, Gary Carvosso, is the second longest serving member of the team having first started with the company in Chislehurst as a Garden Centre Assistant back in 1984. Gary worked his way up through the ranks and was appointed Managing Director in 2006.  He says, ‘My favourite memories over the years have to be seeing people joining our team, going on to grow with an expanding business and then for some, eventually managing their own team. There has been such a great sense of camaraderie over the years in the highs and lows of business.’

Next there is Chairman, Paul Cooling, who says, ‘Many people think Coolings is about plants and gardening. Whilst that is undoubtedly our core business, it is the people involved that have made us what we are today. We have always seen the team as an extension of our family and family values really sit at the heart of the business’.

Paul officially joined the family business full-time in 1987 aged 23, (although he unofficially started work aged 6 clearing trays from under the plant benches at a rate of 1 penny per tray!). He completed a Garden Centre Management diploma at Pershore College and gained experience with several influential garden related businesses in the UK and abroad, before taking up the position of Houseplant Manager at Coolings in Chislehurst and then going on to be appointed as Chairman in 2006. 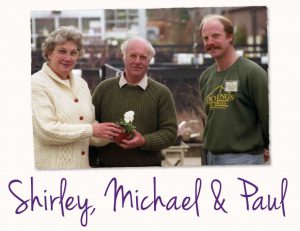 Although officially starting work for Coolings in 1990, Nicky Peto first worked with Mike Cooling at his nursery in Chislehurst in 1971. A close friend of the Cooling family, rumour has it that she babysat Paul and David when they were little!

Nicky left Chislehurst to train as a florist but was invited to work at Coolings in 1990 to help plant up their hanging baskets. From there her role grew and she is now responsible for buying giftware and houseplants for the company, along with creating the wonderful displays you see in the Rushmore Hill shop.

Mark Reeve joined Robinsons at the tender age of 16 as a trainee Nursery Assistant whilst studying at Hadlow College. He decided to get into horticulture as he was interested in plants and nature and liked the idea of working outside. 30 years later, and with a Gold HTA Retail Plant Care award under his belt, he’s still enjoying working outside, and is the company’s plant guru – what Mark doesn’t know about plants and gardening is arguably not worth knowing! 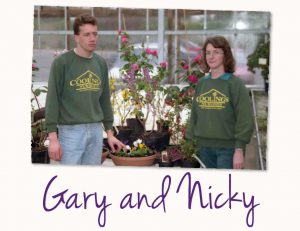 The fifth longest serving member is Kevin Freeman who joined Coolings in 1990 after a brief stint working on a local farm. Kevin decided he would prefer to work with plants under glass, rather than out in the field every day and he joined the team working on the nursery where he can still be found tending plants today. 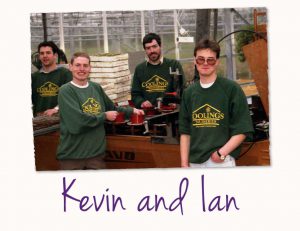 The relative newbie in the group is Ian Hazon, Production and Operations Director. Ian is in charge of Coolings Nursery production – he joined the company in 1991 as Glasshouse Foreman following 3 years of training at Hadlow College. Passionate about plants, Ian used to grow flowers at home in his spare time to supply local florists; now he is responsible for the production of over a million plants, home grown, each year at the nursery.

The above employees are the staff who have been with the company for over 30 years each; there are many more members of the team whose combined experience amounts to 1000 years!

The team are constantly growing, if you are interested in joining the Coolings team, or would like to find out more about the history of the company, please visit our careers page.