What to do in the garden: March

What to do in the Garden: March 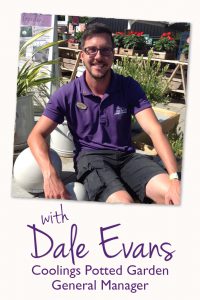 Despite the snowfall in February, spring is on it’s way. Fingers crossed the weather stays mild and dry to allow us to catch up in the garden. The slowly lengthening days are a real bonus, so start regular weeding, even in empty beds. Use a hoe to control annual weeds, but dig up and remove perennial weeds before they get a firm hold and give you a season’s worth of problems.

If time is limited in the garden this month, here are our Top Ten tips: 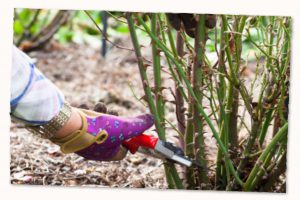 Prune rose bushes; hybrid tea, floribunda and climbing roses benefit from pruning during early March. After pruning, spray with insecticide and fungicide to protect against future problems. Feed during spring and mid-summer with a slow release rose fertilliser such as Toprose or David Austin Rose Food, this will promote healthy foliage and generous flowering. Remove faded blooms to promote repeat flowering. Roses can then be sprayed with Vitax Plant Guard Organic, a natural protection from bugs and disease which is also non-toxic to bees.

Buddleja and spring flowering shrubs would also benefit from a prune now as the flowers start to fade. Prune winter flowering shrubs when they have finished flowering. Take fuchsia and geranium cuttings mid-month. Choose plants with good, green leaves and take the cuttings from green, not woody stems. Make the cut on the stem above a set of leaves, leaving at least three complete sets of leaves above the cut. Carefully trim off any lower sets of leaves below the top three with a sharp knife, including any small shoots at the leaf nodes. Pot in good compost and roots should form in about a fortnight.

Cut cornus (dogwood), salix (willow), cotinus and paulownia right down to the base to promote vigorous new growth. Buy your bedding and patio plug plants and seedlings now from The Gardener’s Garden Centre, Rushmore Hill for growing on, and you’ll have a fabulous display come summer. We have many different varieties for you to choose from, for potting up and planting out after the frosts in beds, borders and into containers and baskets. Complete planting bare-root hedging, shrubs and trees as this is the latest time they can be planted. Remove perennial weeds ready for planting new perennials from our lovely range. Divide and replant existing beds if congested, and apply general fertiliser and mulch to suppress weeds. 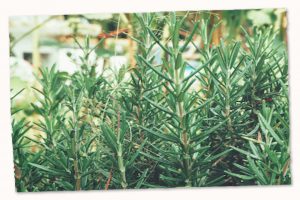 Get crops off to a good start indoors to transplant into the garden later, such as celeriac, celery, lettuces, peppers, cucumbers, aubergines and parsley. Early potatoes and shallots can be planted out now. Outdoor tomatoes can be sown late in the month and planted out in June. Finish digging over the ground ready for your vegetable plot and prepare the locations for celery trenches and runner beans, digging in plenty of manure. Mulch raspberry canes with compost or manure. Sow sweet peas under glass or in cold frames for planting out later.

Plant hardy herbs. They are not only good to grow for the kitchen – many also boast colourful flowers and foliage. They can be planted in a herb bed, mixed in with other plants in beds and borders, or grown in pots on the patio where they’ll be handy to pick for use in cooking.

Flowers: Plant roses, herbaceous perennials including those for picking eg delphiniums, dahlia tubers in pots inside. Wait until the middle of the month to start sowing half-hardy annuals – light levels get better and nights less cold as the weeks progress. Take chrysanthemum cuttings.

Other Jobs to Consider

It’s a great time to construct or modify rock gardens and to plant them up with some of our fabulous looking alpines. Regularly check your greenhouse heaters are working efficiently as you don’t want to lose all your seedlings. Plus, it’s a great time to re-surface paths before they become overgrown with plants and it might be time to dig out the pressure washer and remove dirt and algae from walls, paving and patios ready for all your summer dining and BBQs. For our full range of barbecues, furniture, outdoor lifestyle products and much more visit our fully refurbished Coolings Lifestyle centre. 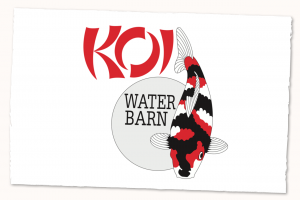 Pond life should be becoming more active by now but the fish probably won’t be spawning, so it’s a good time to tidy up aquatic plants and then out and divide any marginal plants. Clean out pond filters. Replace pumps, water features and lighting systems, after checking they are all working. Visit Koi Water Barn at The Gardener’s Garden Centre, Rushmore Hill for everything you need for your pond. Remember our feathered friends – put up nesting boxes for birds and keep the bird bath topped up.

Start mowing the lawn if the weather is mild. Cut with the mower set at its highest setting. March is a good time to start attacking the moss in your lawn. You can use a moss killer or rake it out with a scarifying rake. Any loose thatch can be collected with a rotary mower and composted. If you are left with really bad bare patches, overseed them and sprinkle a little compost on top.

Plenty to be getting on with inside. From sowing seeds of bedding and vegetable plants, to re-potting young plants and cuttings taken last year. Start Canna, Begonia and Dahlia tubers into growth now for earlier blooms. Watch out for pests and fungal diseases and deal with them as early as possible. 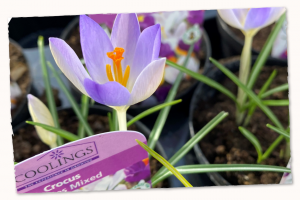 Look out in store for:

– Our fantastic range of Camellias.

– Our lovely range of spring outdoor planted arrangements and baskets.

– Young Starter Plants (only available from The Gardener’s Garden Centre, Rushmore Hill) – if you enjoy fresh plants and vegetables but don’t have the time or inclination to nurse a plant from seed then our young plant ranges are the perfect option for you! For the keen gardener, our starter plants give you more satisfaction than buying finished plants, as you watch your floral creations develop and bloom, and saves you money without the stress of propagating from seed or cuttings.

The young plants will be ready to plant out from about mid May, until then they will need to be protected (ideally in a greenhouse but a window sill will do). We also have a whole range of solutions to help anyone having a go at growing their own!