What to do in the garden: February

What to do in the garden: February

The constant threat of ‘the big freeze’ the weather for February is looking uncertain. This month can throw just about anything at the gardener: heavy rain or show, high winds, freezing temperatures, or sometimes just a beautiful, crisp day which serve as a reminder that spring is just around the corner (I already have some daffodils peeking through!). There’s plenty to do indoors this month to prepare for the season ahead (like sowing seeds and caring for young plants) and despite the cold weather outside, there’s plenty to be done in the garden, so brace yourself, wrap up warm and get outside!

If time is limited in the garden this month, here are our top ten tips:

1. Cut down the stems of herbaceous perennials to ground level.
2. Divide spring bulbs such as snowdrops and replant.
3. Prune winter-flowering shrubs that have finished flowering.
4. Prune wisteria.
5. Purchase summer flowering bulbs and start into growth indoors.
6. Set up seed potatoes (to chit).
7. Prepare vegetable seed beds.
8. Protect peaches, nectarines and apricots from leaf curl.
9. If you want to sow your summer bedding from seed then now’s the time to start.
10. For those of you that prefer to grow your Summer bedding from plugs now is the time to buy, protect and ‘pot on’ in the greenhouse before they are ready to plant out in mid May. 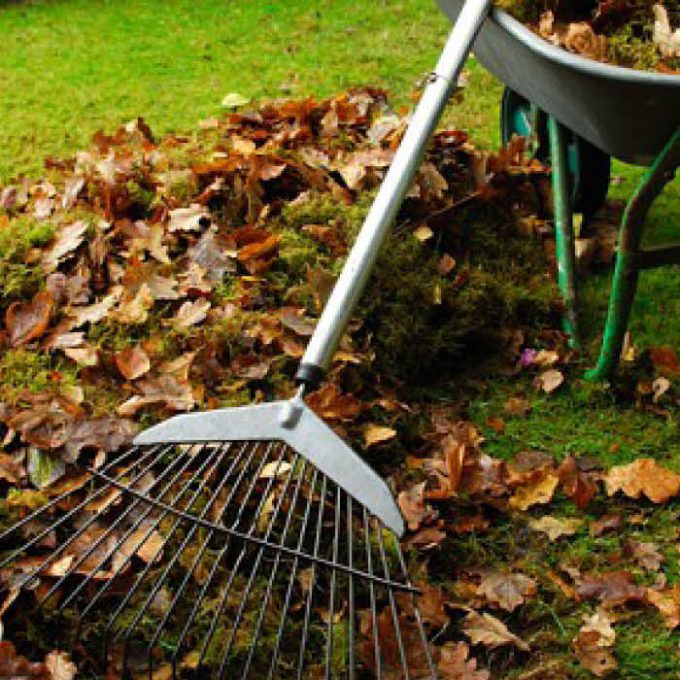 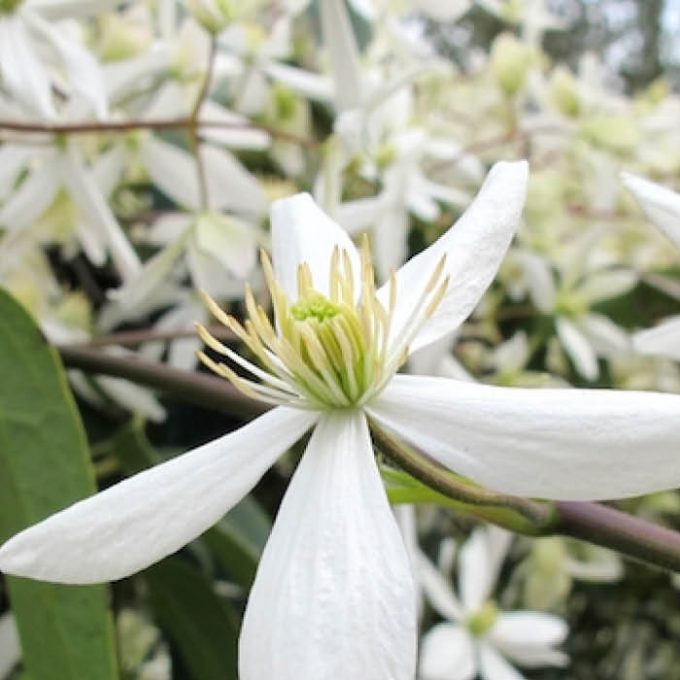 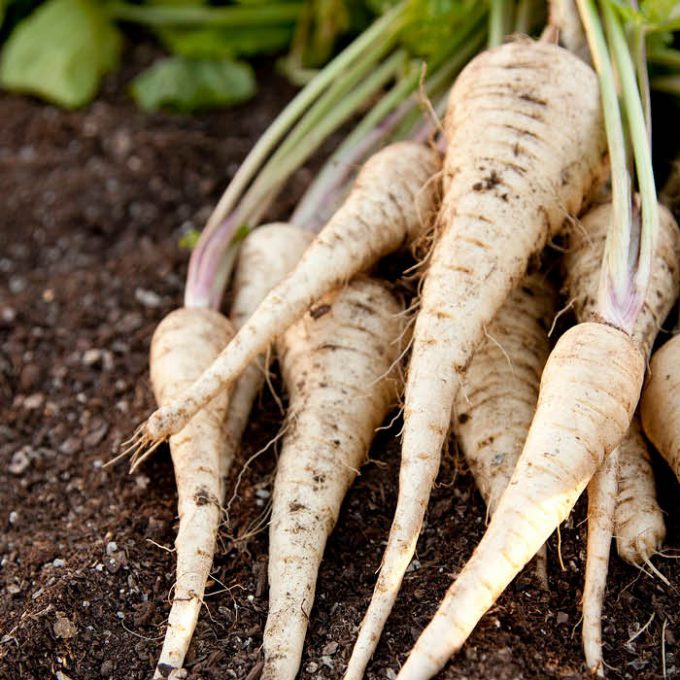 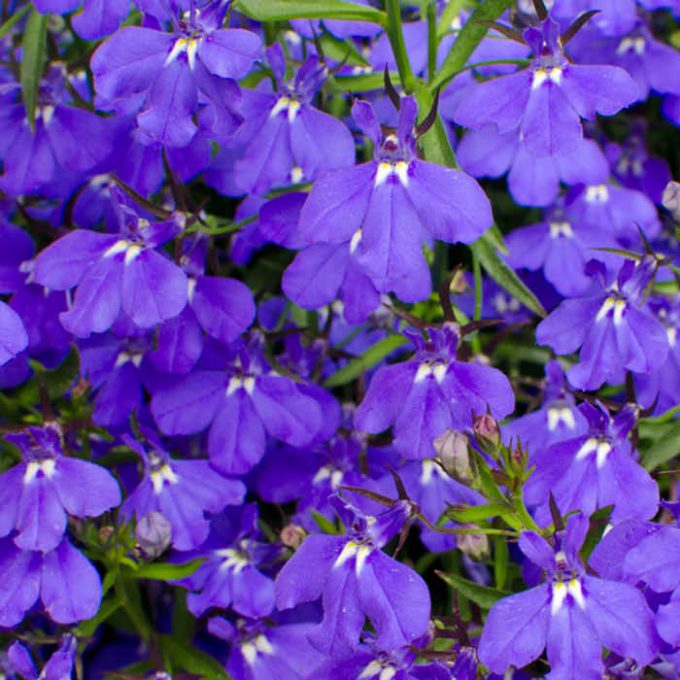 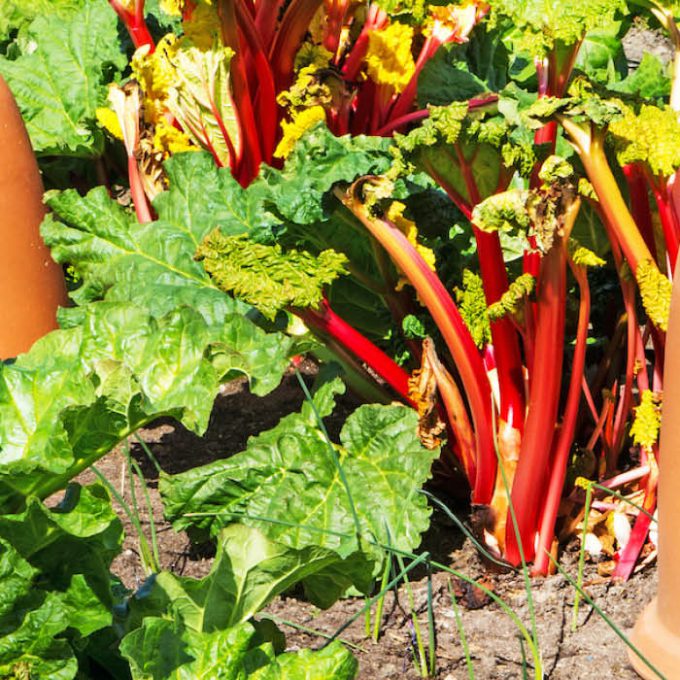 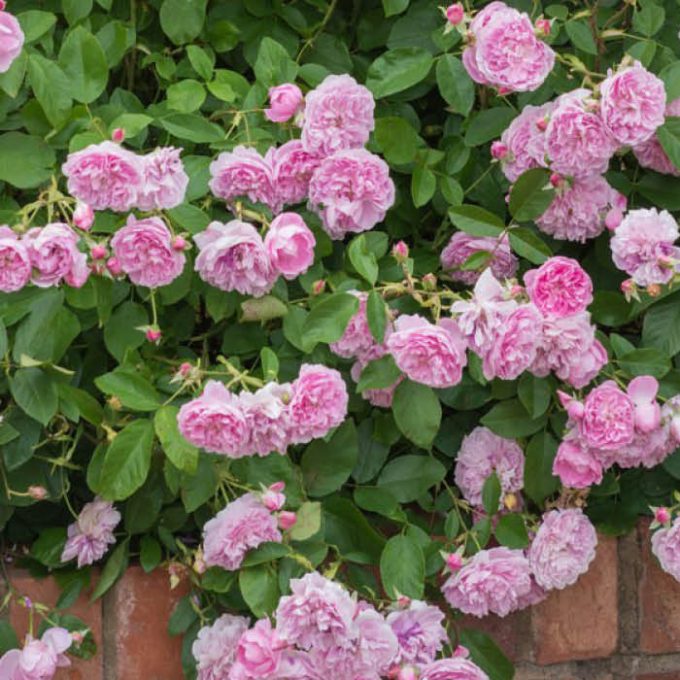 A bit of time spent on your beds and borders now will reap huge benefits later in the year. Have a good tidy up of flower beds cutting down seed heads and other foliage retained for the birds and winter interest. Retain mulch over the roots of flowers in case of a frost and to keep annoying weeds at bay. Top-dress plants in containers with compost.

Deadhead winter pansies and other winter bedding plants. Pansies will carry on into the spring and even to early summer, if attended to frequently. Divide congested spring bulbs, such as snowdrops, when they have finished flowering and replant them in new positions. Give winter flowering heathers a light trim when the flowers die off. Cut down the stems of herbaceous perennials (to ground level) with secateurs and lightly dig a layer of compost around the roots.

It’s also a good time to prune a number of garden shrubs and climbers such as, winter jasmine and wistera after the flowers have faded, bush and climbing roses, summer-flowering deciduous shrubs such as buddleia, hydrangea and lavatera, and most clematis. Delay pruning spring-flowering shrubs as they might not grow back enough in time to provide a display of flowers.

Don’t forget to prune back roses and clematis that flowered late summer and autumn. Roses can be planted now, but try to avoid planting them in areas where roses have previously grown, to avoid diseases that might still be in the soil.

Now’s the time to buy begonias and dahlia tubers together with the huge variety of other summer flowering bulbs and corms we have in stock. Although it’s too early to plant them in the garden, buy them now to ensure we have the range of varieties you require. Begonias and dahlias can be started into growth indoors now and the resulting shoots used for cuttings. Don’t forget to stock up on pots, labels, twine, compost and all the other sundries you’ll ned to get the best out of them.

Edible crops
You can also make a start on producing tasty vegetables for the Summer. Dig any unworked vacant ground and dig and store any unharvested root crops. Don’t be too impatient to start sowing outside, instead warm the soil ready for sowing by covering it with clear polythene or plastic cloches. A few early vegetable varieties such as shallots can be sown outdoors now but it might be an idea to warm up the soil and sow a greater range next month instead (such as an early crop of peas, broad beans, radishes or parsnips, onions and spring onions).

Force rhubarb plants for an early crop. Plant new rhubarb crowns now. Sow tomatoes and peppers in a heated propagator. Now is the time to start the ball rolling with potatoes. Set up your early (if not already done) and maincrop seed potatoes (we have 18 varieties in stock here at Coolings!) in trays or egg boxes in a cool light frost-free place (to chit). This will encourage sturdy sprouts to slowly form on the rounded end of the potato, worth doing for the first and second earlies.

Established fruit trees such as apples and pears (but not cherries or plums) should have dead or diseased wood cut out now, as well as any branches that spoil the structure. This will reduce disease and let light into the crown to help ripen the fruit later in the year.

Plan your herb garden and pot up the seeds in a greenhouse. Prepare a site outside in your garden to transfer the herbs later on (they grow best in warm, still air, so any established perennials such as Rosemary, Thyme and Lavender will provide great shelter for annual varieties).

Flowers: Sow sweet peas (if not done at the end of last year) and make sure you buy your dahlia, gladiolus and other summer-flowering bulbs and corms while we have a full range in stock (these will need to be planted out after the last frosts). Start sowing slow-growers under cover like antirrhinums.

OTHER JOBS TO CONSIDER:

With all the pruning going on, it might be a good idea to pick up any tools you’ll need such as secateurs, pruning saws, loppers and gloves. Another job worth doing now is checking your fences, trellis’ and pergolas before climbers burst into growth and make the job trickier. You can make any repairs or improvements as necessary as well as install any new features you want for the coming year. A member of the team is always happy to give you details of what we have in stock.

In dry spells, it would be a good opportunity to rub down and treat wooden garden furniture. You could also treat timber structures with wood preservative and stain. Make sure you are in a well-ventilated space and make sure you use appropriate products – a member of staff is always happy to advise. Get your ideas down on paper! This month is your last opportunity to see the bare skeleton of your garden before all the perennials and new leaves emerge so plan your garden projects for the year ahead!

You could take this opportunity to dig a new pond – the spring rains may help to fill it. A minimum depth of 60cm (2ft) at the deepest point, will reduce the risk of the pond freezing to its full depth. It is important to keep an area ice-free so that the fish can breathe. Gently sloping contours between the shallow and deep areas, and between the bank and the water, are more wildlife-friendly. Keep your bird feeders and baths topped up and maybe plant some new berrying trees and shrubs. Build a compost bin.

Remove debris and leaves deposited by recent strong winds and deeply spike with a fork to aid drainage. Keep brushing away worm casts, as they can be troublesome at this time of year. Re-cut lawn edges to crisp up the appearance of the garden and save work later in the season. Ensure your mower is serviced.

Your clean, repaired greenhouse should now be ready for the rigours of the coming season. Plan out your forthcoming planting sequence. We have a large range of young starter plants in store now, which will be ready to plant outside about mid may, until then they will need to be protected (ideally in a greenhouse but a window sill will do) so keep a look out for plug plants that are ready for potting on. Now’s a good time to make a start on sowing summer bedding indoors, as long as you can provide the right heat and light conditions. You can sow sweet peas, dianthus, lobelia, ageratum and bedding geraniums. Don’t forget to pick up everything you will need such as propagators, compost, pots, seed trays and labels.